In this context, Mrs Stocker also alleged that Mr Stocker had been removed from the house following issuing threats against her, that there were some “gun issues” and that the police had determined he had breached a non-molestation order.

Mr Stocker later brought defamation proceedings against Mrs Stocker on the basis that her statement that he had tried to strangle her was defamatory. He claimed that the allegation was that he had tried to kill her. Mrs Stocker contested this stating that the statement could be considered to mean that her husband violently gripped her neck, inhibiting her breathing so as to put her in fear of being killed.

It was in against these background facts that the trial judge, Mitting J, suggested that the parties referred to the Oxford Dictionary Definition of the verb strangle to assist in the determination of meaning. The judge referred to the cases Jeynes v News Magazines Ltd [2008] EWCA Civ 130 and Rufus v Elliott [2015] EWCA Civ 121 and determined, later considered wrongly, that he was permitted to do so. He then considered two dictionary definitions.

In the course of doing so, the judge came to the conclusion that the phrase “he tried to strangle me” had two meanings; that Mr Stocker had tried to kill Mrs Stocker or that he had constricted her throat painfully.

The Court of Appeal

It was notable that, following the claimant’s appeal, the Court of Appeal did not consider the question of meaning afresh. This was despite the finding of meaning in the first instance being based on an error of law thus meriting a re-assessment. 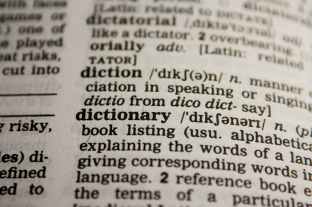 The Supreme Court acknowledged this. It considered that, at first instance, the dictionary definitions were used as a starting point to determine meaning. This approach was found to lack contextual meaning:

“That meaning is to be determined according to how it would be understood by the ordinary reasonable reader. It is not fixed by technical, linguistically precise dictionary definitions, divorced from the context in which the statement was made.” – at p[25]

Determining the meaning of the words complained of

It was considered that the judge was responsible for determining the meaning of the words complained of and in doing so must apply the single meaning rule. Where a statement has more than one possible meaning a single meaning must be determined in order to determine whether defamation occurred.

In this case, the key test to be applied was what the ordinary reasonable reader would determine the words to mean. This test was contextual. It took into account the medium, style and environment in which the statement was made. The fact the statement was made in a post on a Facebook wall was critical- people scroll through posts quickly and gain fleeting impressions of the posts made. The same could be said, therefore, for how an ordinary reasonable reader would come to determine meaning.

Accordingly, a reader would not apply the same analysis as Mitting J determined. They instead would consider that Ms Stocker was alive and therefore Mr Stocker had grasped her by the throat and applied force to her neck.

Given the precedent, the Supreme Court determined that this substitution of determining meaning was within its purview to determine, though this should not be done lightly. The Court of Appeal had erred in failing to conduct its own determination of meaning given the error in law made by the first instance Court. The determination of meaning was therefore as previously stated and the appeal should be allowed.

The Supreme Court has highlighted a clear, approved, approach to determining meaning. Endorsing the pre-existing caselaw it has confirmed that the test of the ordinary reasonable reader is highly contextual. In the context of social media posts, this involves conducting a fleeting appraisal of the words at issue, reflecting the findings in the Monir v Wood twitter case. Dictionary definitions should be avoided and used for cross-checking meaning in limited instances.

Further, the criterion helpfully outlined in the Jeynes case must be applied rigorously. Indeed, in light of these criteria, it is perhaps surprising that this appeal was necessary, particularly at a Supreme Court level. For ease of application, the approach advocated in Jeynes is set out below- this is the touchstone of the preliminary issue of determining the meaning of a statement. Indeed this provides a clear, measured and consistent approach to be taken in cases.

For those unfamiliar with the process a preliminary hearing to determine the meaning of the words at issue is necessary in defamation cases. This is usually determinative of whether a case will be successful or not. As a result many parties seek to streamline cases to determinations of meaning which then resolve the dispute at issue. A formulated approach does much to streamline this process, which has been found to reasonably cost between £20,000-25,000.

“(1)   The governing principle is reasonableness.

(2) The hypothetical reasonable reader is not naïve but he is not unduly suspicious. He can read between the lines. He can read in an implication more readily than a lawyer and may indulge in a certain amount of loose thinking but he must be treated as being a man who is not avid for scandal and someone who does not, and should not, select one bad meaning where other non-defamatory meanings are available.

(4) The intention of the publisher is irrelevant.

(5) The article must be read as a whole, and any “bane and antidote” taken together.

(6) The hypothetical reader is taken to be representative of those who would read the publication in question.

(7) In delimiting the range of permissible defamatory meanings, the court should rule out any meaning which, “can only emerge as the produce of some strained, or forced, or utterly unreasonable interpretation…”

(8) It follows that “it is not enough to say that by some person or another the words might be understood in a defamatory sense.”