The right to be forgotten or right to erasure under data protection legislation and enshrined from the Google Spain case allows significant protection of information regarding the individual. In this post, we consider the seminal case of NT1 and NT2 which is illustrative of this fact. 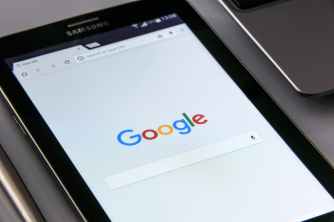 That NT1 and NT2 both had spent convictions, NT1 for four years and N2 for six months. A number of articles prevalent in a Google search of their names referenced and provided commentary on these convictions (“the Content”). Whether these claimants could successfully apply to have these searches delisted by Google was their claim under the right to be forgotten established by the Google Spain case. This case proved to be a significant first test case for the right to be forgotten in an application under domestic law.

Claims were brought under the right to be forgotten (associated with issues of inaccuracy of content) and misuse of private information.

There are ten instruments of law which are applicable to this case:

Warby J. helpfully listed his starting position as to the delisting of search results in such cases:

“the In re S approach must be followed: neither privacy nor freedom of expression “has as such precedence over the other”; the conflict is to be resolved by an “intense focus on the comparative importance of the specific rights being claimed in the individual case”. – at p[132]

In the application of the law to the facts some key questions arose as to the data used and the nature of the Google searches:

In considering the elements of the case Warby J noted the fact-sensitive nature of the case. Each claimant had their own factual scenario to which the criterion had to be judged against. Warby J noted that for delisting search results related to criminal offences, a concurrent consideration of the domestic law principles relating to the decision and European ones was mandated.

In concluding as to NT1’s situation:

“NT1 was a public figure with a limited role in public life. His role has changed such that he now plays only a limited role in public life, as a businessman not dealing with consumers. That said, he still plays such a role. The crime and punishment information is not information of a private nature. It was information about business crime, its prosecution, and its punishment. It was and is essentially public in its character. NT1 did not enjoy any reasonable expectation of privacy in respect of the information at the time of his prosecution, conviction, and sentence. My conclusion is that he is not entitled to have it delisted now.” 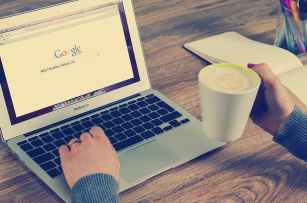 Warby J’s response, however, was markedly different for NT2’s case in the circumstances. In relation to inaccuracy, it was found that one such article constituted a breach of s4(4) DPA and continued processing by Google would constitute a breach.

NT2 had changed business area since his conviction. He came across as a reliable witness. He did not contest evidence against him nor made any false claims. His case differed from that of NT2’s in that his conviction was always going to become spent, not so due to a change in law. He had a young family, due to which Article 8 rights were engaged. He had acknowledged his guilt and expressed remorse for his crime. Further, there was little chance of repeat offending. Warby J thus concluded at p.[223]:

“My key conclusions in respect of NT2’s delisting claim are that the crime and punishment information has become out of date, irrelevant and of no sufficient legitimate interest to users of Google Search to justify its continued availability, so that an appropriate delisting order should be made.”

Further, Warby J considered NT2’s claim in respect of misuse of private information to be successful. He considered, with the passage of time, the information regarding NT2’s conviction to attract a reasonable expectation of privacy on account of his young family. Therefore, it was difficult to justify the continued listing of the search material. It was considered, however, that Google had taken reasonable care in its approach to listing search results in relation to NT2’s conviction; no damages were payable.

Furthermore, the careful considered development of information related to convictions in becoming private in nature reflects the inherent privacy such information can accrue over time in the right circumstances. It should be noted that the case does well to safeguard the public interest in convictions being known.

The case also serves as a warning to search engine operators of their intermediary liability for the listing of search results and obligations thereof. Google’s entrenched and established listing practices did well under the scrutiny of the court, setting a benchmark for following cases.