This case was significant was the case underpinned early cases where privacy was the fundamental right at issue.

This case catalyzed the protection of privacy, highlighting Parliamentary need for change in the law. The acknowledgment in the judgment itself, below, is recognition of this fact. This is the first substantive acknowledgment that privacy rights required protection as part of the legislative or common law framework.

“It is well-known that in English law there is no right to privacy, and accordingly there is no right of action for breach of a person’s privacy. The facts of the present case are a graphic illustration of the desirability of Parliament considering whether and in what circumstances statutory provision can be made to protect the privacy of individuals.”

This was one of the first significant cases involving Article 8 of the European Convention of Human Rights, the first legislative instrument to contain a reference to privacy rights in the form of the right to private life.

The case involved an action against Hello magazine for their publication of photos of Catherine Zeta-Jones’ wedding. In his judgment Brooke LJ addressed the formulation of privacy in the current law. Distilling its influence as follows:

“What a concept of privacy does, however, is accord recognition to the fact that the law has to protect not only those people whose trust has been abused but those who simply find themselves subjected to an unwanted intrusion into their personal lives. The law no longer needs to construct an artificial relationship of confidentiality between intruder and victim: it can recognise privacy itself as a legal principle drawn from the fundamental value of personal autonomy.” – at p.126

Naomi Campbell’s litigation against the Mirror Group of Newspapers regarding the publishing of her therapy for drug addiction. This case carved out the action for wrongful disclosure of private information from that of breach of confidence. This gave effect to the right to privacy the Courts were required to interpret in accordance with the European Convention on Human Rights.

“The present case concerns one aspect of invasion of privacy: wrongful disclosure of private information… [Privacy] lies at the heart of liberty in a modern state. A proper degree of privacy is essential for the well-being and development of an individual.” – p.12

“the Court finds that the blanket and indiscriminate nature of the powers of retention of the fingerprints, cellular samples and DNA profiles of persons suspected but not convicted of offences, as applied in the case of the present applicants, fails to strike a fair balance between the competing public and private interests…–p[125] 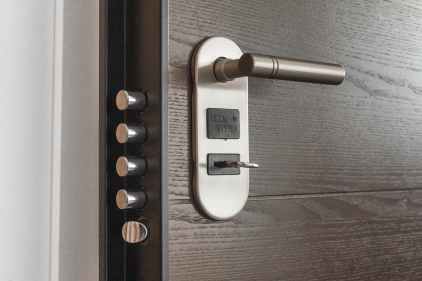 This case involved a complaint by J.K. Rowling, (under her legal name Murray), making a legal claim against paparazzi taking photographs of her and her child in public. This case acknowledged that the privacy rights of children had to be considered separate from their parents.

The judgment itself considers when privacy rights are engaged and their broad nature. This is the first limb of the application of Article 8 under wrongful use of private information actions:

“the question whether there is a reasonable expectation of privacy is a broad one, which takes account of all the circumstances of the case. They include the attributes of the claimant, the nature of the activity in which the claimant was engaged, the place at which it was happening, the nature and purpose of the intrusion, the absence of consent and whether it was known or could be inferred, the effect on the claimant and the circumstances in which and the purposes for which the information came into the hands of the publisher.” – p[36]

This case highlighted the action to be taken by the Court when a reasonable expectation of privacy in respect of the information at issue has been established. The Court determined whether it could adopt a closed material procedure on appeals.

This outlined the four stage test to balancing privacy against other rights:

This case determined that data protection and defamation claims may be made in tandem as they protect different aspects of a Claimants’ private life. This was significant as Claimants privacy rights can be protected from differing angles, with differing rationales protected by different actions. Bringing these in tandem acknowledges the significance of each rationale for the protection of privacy.

Cliff Richard’s action against the BBC for showing coverage of the police entering his apartment presents a topical case on the balance between privacy rights and public interest journalism.

The Court also considered that may privacy and other actions, such as defamation can (and frequently on the facts do) overlap.

This case considered the lawfulness of the South Wales Police force using facial recognition software. The question was whether the use of a live CCTV feed and biometric face-mapping software engaged citizens’ privacy rights (yes but it could be justified).

“AFR technology enables the extraction of unique information and identifiers about an individual allowing his or her identification with precision in a wide range of circumstances. Taken alone or together with other recorded metadata, AFR-derived biometric data is an important source of personal information. Like fingerprints and DNA, in the language later used by the Court at paragraph 104, it is information of an “intrinsically private” character.” –p[52]