Many of you will be familiar with Lord Hain’s recent naming of Sir Phillip Green as the beneficiary of a recent successful application for an interim injunction. The interim injunction prohibited the Daily Telegraph and other outlets from naming Green as the subject of a number of extremely serious allegations in the course of his work as a business executive. However, Lord Hain later named Sir Green openly in the House of Lords.

This piece will seek to focus on the inappropriate use of parliamentary privilege to disclose information which would otherwise have been subject to an interim injunction.

The fundamental issue here is that Lord Hain substituted his own opinion for that of the three Court of Appeal judges, defying the interim injunction to disclose the name of a claimant. Frankly, it is highly unlikely Lord Hain had a full appreciation of the facts of the case or the applicable legal principles to enable sufficient judgment of the merits of disclosure and the impact on all those involved. In the case itself the complexity of the issues, their sensitivity and the assumption of confidentiality the matter attracted were acknowledged:

“In this open judgment we refer to the background only in very general terms… we have tried to explain our reasoning as fully as we can consistently with not jeopardising the confidentiality to which we must assume, at this stage, that the Claimants are entitled…” – ABC v. Telegraph Media Group Limited [2018] EWCA Civ 2329 at p.2

Indeed, the judges themselves noted that they were privy to limited information at this initial stage of proceedings and that multiple policy issues required further substantive consideration. However, it is this limited information which is now being scrutinised in the court of public opinion. In rushing to avail the public interest Lord Hain has robbed the public of a fuller, substantive debate and Sir Philip Green from due process in the protection of his reputation. It is also the case that the two complainants who supported the injunction must have suffered much distress following this turn of events.

In any event, as a member of the House of Lords Lord Hain’s function is that of a lawmaker, not as an arbiter of cases such as this. The principle of comity operates between Parliament and the judiciary in which both sides acknowledge their differing responsibilities and undertake not to unduly interfere with the affairs of the other. Members of the House of Lords are afforded parliamentary privilege which provides them legal immunity where knowingly breaching the terms of an interim injunction could otherwise result in charges of contempt of court. However, this use of parliamentary privilege, it is advanced, is a misuse of power and undermines the rule of law without sufficient justification.

In its 2013 Report the Joint Committee on parliamentary privilege stated that the protection afforded members by privilege:

“…should be strictly limited to those areas where immunity from normal legal oversight is necessary in order to safeguard the effective functioning of Parliament.”  – at p.20 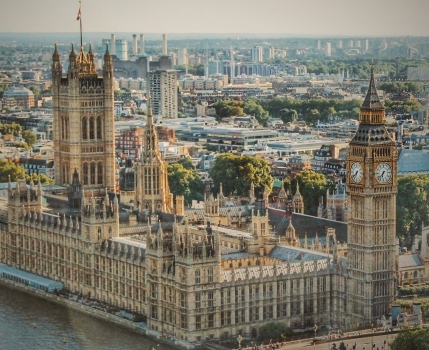 In this case the threshold of necessity cannot be met. On the facts the disclosure made by Lord Hain cannot be said to be in the execution of his parliamentary duties. The primary justification for such disclosure is that there was a substantive counter-veiling public interest in the public being informed of the matter. Indeed, Lord Hain advanced this argument along with that of his, rightly, important freedom of speech.

However, the Joint Committee on Privacy and Injunctions addressed this issue substantively in its 2012 Report:

“The absolute privilege for freedom of speech… places a significant responsibility on parliamentarians to exercise it in the public interest. The presumption should be that court orders are respected in Parliament…” – at p.219

The Telegraph was alleged to have come by the information at issue in breach of confidence. Therefore, careful regard was had in the proceedings for weighing the public interest in disclosure against that of maintaining confidentiality. This necessitated a careful fact sensitive balancing exercise between the Article 8 rights (to a private life) of the claimant’s and Article 10 rights (to freedom of expression) of the respondents. These fundamental rights are enshrined, from the European Convention on Human Rights, in UK law under the Human Rights Act 1998. Ultimately, an interim injunction was granted and a speedy trail ordered to safeguard the public interest in disclosure.

As such, Lord Hain’s actions were premature at best. An interim injunction had been granted to protect the matters under adjudication from being disclosed whilst the case could be heard in full. In naming Sir Green the purpose for which the application had been made, the protection of confidential information has been rendered defunct. The opportunity for the court to pass judgment on the substantive case, as well as the important policy issues it raises, has been missed. Significantly, the case considers the use of non-disclosure agreements and the public policy considerations in whether they should be upheld when “gagging” individuals regarding the wrongdoing of senior figures.

This course of events has undoubtedly re-awakened the debate as to the appropriate use of parliamentary privilege. The use of parliamentary privilege to breach injunctions, thereby undermining the rule of law, is by no means commonplace. The means by which Lord Hain became privy to the identity of Sir Philip Green as an applicant in the case has been much speculated. Many point to the Telegraph sharing the same law firm as the Lord. However, both have denied such allegations.

Whether this debate will catalyse change in the form of further guidelines or investigations against Lord Hain under the House of Lords Code of Conduct has yet to be seen. However, similar past cases give TPP little confidence. Previous disclosures of Ryan Giggs, Fred Goodwin and Vicky Haigh as the subject of injunctions did not cumulatively meet the threshold for the Joint Committee Privacy and Injunctions to implement policy guidance in 2012:

“Over the last couple of years a few members have revealed in Parliament information covered by injunctions. We have considered carefully proposals for each House to instigate procedures to prevent members from revealing information subject to privacy injunctions. The threshold for restricting what members can say during parliamentary proceedings should be high. We do not believe that the threshold has yet been crossed.” – at p.230

Moreover, this issue requires the re-evaluation of yet another careful balancing of rights; between parliamentary members fundamental right to freedom of speech and upholding the rule of law. As such, as in 2012, recent events are unlikely meet the threshold to merit reforms safeguarding the rule of law.